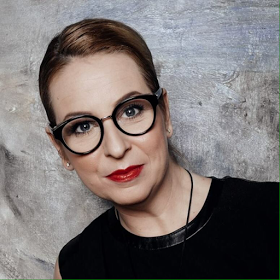 Wanda graduated at VSMU in 2001, majoring in TV and Film Production. Between 2001-2006 she worked as a General Director at Nova Scena Theatre, the biggest musical theatre in Slovakia. In 2008 she produced a musical “The Producers” as a private producer under her label Wandal Production. The show was seen by almost 25.000 viewers. Between 2010-2012 she worked as a General Director in MediaPro Entertainment Slovakia, a production company that was producing the entire local content for TV Markiza. From TV she left to give birth to her three sons and during her maternity leave she produced two films – a World War II drama “COLETTE”, CZ/SK, dir. Milan Cieslar and a crime thriller “THE LINE” (SK/UA, dir. Peter Bebjak). THE LINE premiered in the main competition of KVIFF 2017 where Bebjak won the Best Director Award, the film has won many festival awards around the world, and received 6 awards SUN IN THE NET (Slovak National Film Awards). It also became the most successful Slovak film in the history of the country with over 330.000 admissions, earning more than 1.7mil EUR. In 2018 Wanda was elected the president of the Slovak Film and TV Academy. Currently she is in the post-production of the historical TV series THE SLAVS, coproduction project between Slovakia and Ukraine and she is developing her next film THE FILE, spy drama inspired by real events that caused one of the biggest corruption scandals in eastern Europe. Wanda is an EAVE graduate.